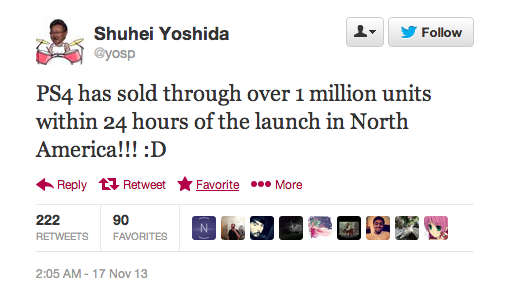 Earlier this week Jack Tretton said he was predicting 3 million sales by the end of 2013 and Sony is aiming to sell 5 million units by March 2014. With Europe's and Japan's launch right around the corner, I have no doubt they will be able to reach these numbers.